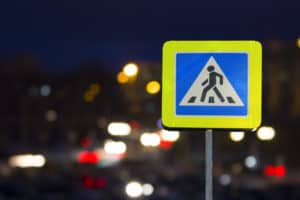 Bakersfield, CA (April 25, 2020) – Early Thursday morning, Ruben Etcheverria was arrested while a 3-year-old child was injured after a hit-and-run crash on White Lane.

The Bakersfield Police Department responded to the scene shortly after 5:00 a.m. Emergency personnel arrived to the area shortly after.

According to reports, a 3-year-old child wandered alone around the road and was hit by a passing pick-up truck. Due to the impact, the child was later transported to a nearby hospital for further treatment of serious injuries.

Police later revealed that the child was in a critical but stable condition.

The truck driver attempted to flee right after hitting the child. However, police said that after over an hour, the driver returned.

Authorities identified the suspect as Ruben Etcheverria, from Bakersfield. He was later arrested and charged with felony hit-and-run involving injury.

Upon investigating, police confirmed that the cause of the accident was neither negligence nor a criminal act. They looked at the unattended child’s behavior that leads to the incident.

Moreover, factors like DUI and speeding were ruled out too. BPD however, is investigating the reason why the child was alone on the roadway.

Always be mindful of pedestrians on the road whenever you are behind the wheel of a vehicle. In addition, make sure to always avoid dangerous distractions. By doing so, you can help to ensure the safety of yourself as well as others around.

We at Sweet Lawyers are your best bet when it comes to serious traffic accident. With over 40 years of experience in the legal field, we know what it takes to win your case. We promise to fight, day and night, to achieve the justice and compensation that you and your family deserve. Call our offices at (800) 203-3061 for a free consultation with a professional in your area. You can also reach us through email, online chat, and text message 24 hours a day and 7 days a week.