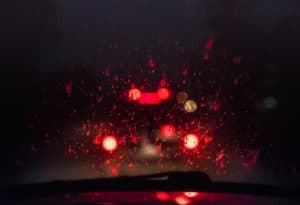 Officers responded in the 800 block of S Juniper Street. According to the report, he first collided with a parked trailer and then another car. Subsequently, he hit another car as he was trying to reverse.

Following preliminary investigation, Sunford was charged with driving under the influence. Police later booked him into the Benton County Jail as a result.

The surrounding area on Juniper Street was closed off for a brief time during cleanup and preliminary duties. However, the roadway has since reopened to traffic.

This is just one of the many consequences of driving under the influence of alcohol or controlled substances. It is imperative for a driver to abide by all the driving laws to avoid devastating results not just to you but to your family and other motorists too. If you find yourself unable to safely operate a vehicle, you can call a taxi service, Lyft or Uber 24 hours a day, 7 days a week.

If you or someone you love has recently been involved in a similar DUI auto accident, you do not have to face the aftermath alone. We at Sweet Lawyers will be there with you every step of the way. With over 40 years of experience in the field, we know how to win your case. Call us today at (800) 203-3061 for a free-of-charge consultation. In order to avoid further burden to you, we made our people available to you 24 hours a day 7 days a week. You can also reach us through online chat, email and text message.