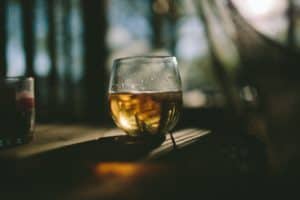 LAKELAND VILLAGE, CA (January 26, 2019) – On Saturday morning around 3:00 AM, three people were injured in a DUI crash on Blackwell Boulevard near Grand Avenue.

As per reports, a Ford Mustang, driven by 35-year-old Robert Brown from Lake Elsinore, ran a red light and was struck by a Honda SUV who had a green light. Due to the impact, the SUV spun several times, went down an embankment and hit a tree.

Brown was not wearing a seatbelt and was partially ejected from his vehicle.

Paramedics arrived at the scene, where they stated Brown suffered major injuries while the driver of the SUV sustained moderate injuries. Both were transported to a nearby hospital.

The passenger of the Honda endured moderated injuries, but declined to be transported. Their current medical conditions are unclear at this time.

Authorities stated Brown will be arrested after treatment for felony DUI causing injuries. No further details have been released regarding the circumstances leading up to the incident at this time.

The identities of the victims have not yet been released to the public.

Do not get behind the wheel if you find yourself under the influence of drugs or alcohol. Be responsible and request an Uber, Lyft, or taxi to pick you up.

If you or someone you love was injured in a DUI accident, contact Sweet Law Group at (800) 203-3061. With over 40 years of experience in the legal field, we know what it takes to win your personal injury case. We have dealt with a variety of cases including wrongful death, personal injury, car crashes, and disability. Let us help you achieve the justice and compensation that is owed. Contact us today and arrange a free, no-obligation consultation at a location near you.