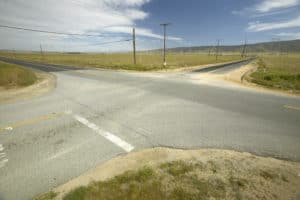 POULSBO, WA (January 29, 2018) – A least four people were injured in a five-car collision on Bond Road near Gunderson Road on Monday afternoon around noon.

Emergency teams responded to the scene of the accident and transported the four victims to the Harrison Medical Center in Bremerton. Poulsbo Fire spokeswoman, Jody Matson, said none of the injuries were life-threatening and that the names of the victims have not yet been disclosed.

Poulsbo-bong lane of traffic was closed due to debris from the wreckage. There is an ongoing investigation on the cause of the big accident.

Driving on the highway creates a more dangerous environment due to the speed in which cars are traveling. Always stay alert and drive the speed limit to reduce chances of an accident resulting in serious injuries and fatalities.

If you have been injured in a car accident due to the negligence of another person, contact the car crash lawyers at Sweet Law Group. Our attorneys and professional legal team have years of experience in the field and know what it takes to win your case and achieve the best results for you and your family. Call (800) 203-3061 now for a free initial visit with one of our experienced lawyers.