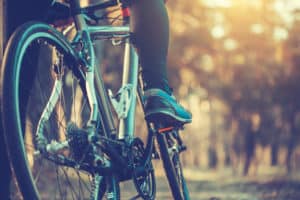 RANCHO MIRAGE, CA (April 2, 2018) – On Monday morning, a collision between a bicycle and a utility truck at Bob Hope Drive, took the life of an elderly cyclist.

According to the Riverside County Sheriff’s deputies, the accident happened around 10:13 AM in the northbound lanes at Victory Lane. For unknown reasons, a Chevrolet utility truck used the bicycle lanes where 74-year-old Peter Harvey, a resident of British Columbia, was riding his bicycle. The impact of the collision left a visible damage to the front of the truck.

The truck driver stayed at the scene of the accident and cooperated with investigators. It was determined that drugs nor alcohol were involved when the collision happened. Police officers shut down Bob Hope Drive between Dinah Shore Drive and Gerald Ford Drive to conduct an in-depth investigation and later reopened around 3 PM.

About four more motorists parked along the road for nearly two hours while the investigation was being continued. The sheriff’s deputies interviewed them for additional information.

This incident became relevant in the constant discussion about bicycle safety in the area. The implementation of the CV Link is now back on the table as a result of continuous threats for bicyclists.

We offer our sincerest sympathies to the family and friends of Peter Harvey. We wish them comfort and strength during this difficult time.

When losing a loved one in a bicycle accident, it is important to have strong legal representation on your side. Let us fight for you and achieve the justice and compensation that is owed to you and your family. Call our wrongful death lawyers now at (800) 203-3061 for a free consultation at a location near you. Or contact us through email, text message, and online chat.