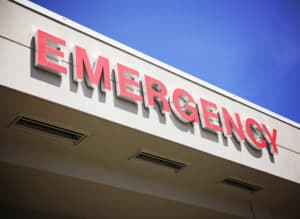 NEWPORT BEACH, CA (April 19, 2018) – A city truck ran over a woman lying in the sand at the beach on Thursday afternoon, sending her to the hospital with major injuries.

According to the Newport Beach Police Department, the accident happened at around 1:15 PM, just east of lifeguard tower 20. The woman was lying on the sand near the Newport Pier, when an on-duty city worker driving om a GMC Canyon truck hit her.

Officers rushed the unidentified woman to a nearby trauma center. She reportedly suffered injuries to her pelvis and chest. There is no update on her current medical condition at this time. Although no official statement from the hospital was released, the police reported that the injuries did not appear to be life-threatening.

The officials of Newport Beach refused to give their statement until an in-depth investigation was completed. Both the driver and the victim’s identities have not yet been released. So far, the police are still investigating what might have caused the accident to happen, but speed is currently not seen as a factor since the truck had been traveling at low speeds before the collision.

Newport Beach officials also extended their sympathies and concern to the woman injured and expressed their dismay that the unfortunate accident occurred.

When behind the wheel, it is important to be alert, especially if you are traveling in highly populated places. Make sure to pay attention to your surroundings and drive according to traffic and within the designated speed limit. Doing so can prevent unfortunate accidents that can result in injuries or even fatalities.

If you have been injured in a pedestrian accident due to the inattentive actions of a driver, contact the personal injury lawyers at Sweet Law Group. We promise to fight for you until we achieve the compensation and justice you deserve for the pain and suffering you have endured. Call now at (800) 203-3061 for a free, no-obligation consultation at a location nearest you. We are also available through email, text message, and online chat.