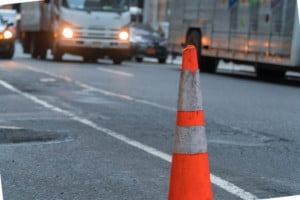 The fatal crash happened around 1:55 p.m. on southbound 15 Freeway at Murrieta Springs Road, just near 215 Freeway.

According to the CHP, the man was driving a 1999 Lincoln Town car southbound at about 65 mph, when a 2003 Dodge Ram van abruptly slowed as traffic ahead of him came to a stop.

The Lincoln driver applied his brakes but lost control, spinning out in lanes. The rear of the van struck the driver’s side of the Lincoln, causing the car to careen into the center median, while the van was pushed onto the shoulder of the freeway.

The driver of the Lincoln suffered fatal injuries and was pronounced dead at the scene. His name has not yet been released pending next of kin notification.

The driver of the van, a 61-year-old man, and his 58-year- old female passenger, both are Downey residents, suffered minor injuries and transported to Inland Valley Medical Center in Wildomar.

A dog was found dead in the van and Animal Control was requested to assist.

The southbound lanes of 15 Freeway was partially shut down for several hours for the on-scene investigation.

If you have lost someone in a vehicular accident, seek trustworthy legal guidance with an experienced wrongful death attorney at The Sweet Law Group. We have been representing bereaved families for over 44 years, providing them with utmost care and expertise to make sure they obtain the justice and compensation they deserve. For a free evaluation of your case detals, contact our professionals today at (800) 203-3061.