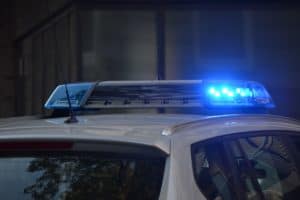 TACOMA, WA (May 15, 2018) – A woman was killed Tuesday evening after her vehicle was struck by a wrong-way driver who was fleeing from patrol officers. The victim was identified as 67-year-old Monica Santos, a resident of Tacoma.

As per reports, two patrol officers noticed that a 2002 Dodge Stratus, driven by 28-year-old Jeremy Murray, was traveling without headlights and pursued the vehicle. Murray did not stop his vehicle and abruptly turned from Pacific Avenue to East 56th Street, where he almost hit a pedestrian in the crosswalk.

The Dodge was reportedly seen driving through oncoming traffic, and the officers decided to stop the chase momentarily so not to cause an accident. Upon entering the intersection of East 56th Street and McKinley Avenue, the Dodge was spotted, but Murray was nowhere to be found. Witnesses stated that the driver escaped on foot after colliding with a 1999 Oldsmobile Intrigue.

Santos, the driver of the Oldsmobile, was declared dead at the scene, while her unidentified 53-year-old passenger was rushed to a nearby hospital with a fractured neck and lung contusions. The is no update on the current medical condition of the injured victim.

With a help from an anonymous tip, authorities found out that Murray was the hit-and-run driver. It was also determined that the Dodge Status was borrowed by an unnamed woman, who reported the vehicle stolen after Murray failed to return it.

On May 22nd, Murray was arrested in his home in Tacoma after a man reported his whereabouts and current condition to the police. He was charged with vehicular homicide, vehicular assault, felony hit-and-run and attempting to elude a pursuing police vehicle. Authorities booked Murray into the Pierce County Jail on the same day.

No additional information has been disclosed at this time.

Heartfelt condolences to the family and friends of Monica Santos. May she rest in peace.

If your loved one has been involved in a serious car accident caused by the reckless driving of another person on the road, contact the experienced lawyers at Sweet Law Group. With over 40 years of experience in the legal field, we have dealt with cases including personal injury, car crashes, and wrongful death. Call us today at (800) 203-3061 for a free initial meeting with a legal professional in your area.