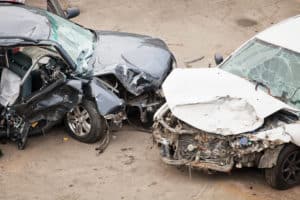 SAN JOSE, CA (February 17, 2021) – Sunday evening, Mitra Sadeghzadeh and one other driver died in an accident on McKean Road.

According to California Highway Patrol, the incident occurred at around 9:17 p.m. Moreover, it happened on McKean Road, south of Schillingsburg Avenue and north of the reservoir.

Meanwhile, reports revealed that a southbound 2002 Chrysler crossed the double yellow lines. Then, it collided head-on with a 2008 Toyota.

Thus, responders pronounced both drivers of the vehicles dead at the scene.

Authorities identified the driver of the 2008 Toyota as 68-year-old Mitra Sadeghzadeh of Milpitas.

Anyone with information regarding the incident is asked to contact the authorities.

We at Sweet Lawyers send our sincere condolences to those grieving the death of Mitra Sadeghzadeh and the other victim.

The National Highway Traffic Safety Administration (NHTSA) reported that two out of three vehicle drivers will take part in an accident during their lifetime. Moreover, in the event of a collision itself, remain calm. By doing so, you can properly handle the immediate aftermath of the incident.

“We can secure evidence in your favor and request additional information. We will get vital eyewitness accounts, and review insurance coverage you are entitled to that may not be common knowledge. You need an experienced attorney who will fight on you or your loved one’s behalf. Ultimately, someone standing with you at such a delicate time in your life will make all the difference,” says Mark Sweet, a personal injury attorney at Sweet Lawyers.

If you lost a loved one in a car accident, hire an wrongful death attorney. We will help you achieve justice and receive the proper compensation. We do not stop until your future is secured from financial loss, wage loss, and property damage. Call us today at (800) 674 7852 to discuss your legal options.