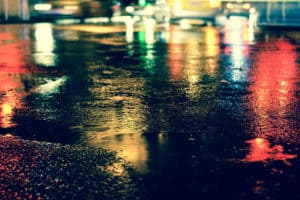 MENIFEE, CA (February 27, 2018) – A young female adult was killed when struck by two vehicles on Highway 74 near Menifee and Palomar Roads, on Tuesday night.

According to reports, the woman was crossing the busy highway around 8:15 PM, when she was hit by a car near the AM/ PM, just east of Menifee Rd. She was then struck by another vehicle that was on the road.

Emergency responders found the victim in the roadway of the Romoland neighborhood with major traumatic injuries. She was pronounced dead at the scene. Both drivers remained at the scene of the crash and cooperated with officials. Drugs and alcohol did not seem to be contributing factors in the fatal incident, although weather may have played a role, according to Riverside Sheriff’s Deputy Vasquez.

The highway was closed between Menifee and Palomar roads for several hours while the Riverside County Sheriff’s Menifee Police Station and the Menifee Crime Watch volunteers investigated the accident.

The identity of the young victim has not yet been released pending the notification of her family.

Heartfelt condolences to the family and friends of the deceased woman. May she rest in peace.

If you have lost a loved one in a pedestrian accident, contact the wrongful death lawyers at Sweet Law Group. With over 40 years of experience, our attorneys and professional legal team know what it takes to win your case. Let us achieve the justice and compensation that you and your family deserve for the loss that you have suffered. Call now for a free consultation in a location near you – (800) 203-3061.