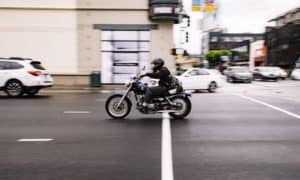 FRESNO, CA (May 3, 2018) – A man was fatally struck in a hit-and-run motorcycle accident on Belmont Avenue, late Thursday night. The victim was identified the following Tuesday as 52-year-old Maximino Baltazar of Fresno.

After receiving a 911 call, police arrived at the scene of the accident in the area of Belmont Avenue and San Pablo Avenue at around 10:46 PM, to find an injured man in the road.

According to the Fresno Police Department, the motorcycle was traveling eastbound on Belmont when he struck Baltazar in the lane closest to the middle of the road, near San Pablo. He was rushed to a local hospital, where he was later pronounced dead.

Officials believe that the motorcyclist allegedly got off the motorcycle after the crash and pushed it south, away from the scene and into a neighborhood near Belmont Avenue. Officers located the motorcycle and the man turned himself in not long after. The suspect was being detained on suspicion of felony hit and run charges. His identity has not yet been released to the public.

There is no additional information at this time.

We at Sweet Law Group offer our deepest sympathies to the family and friends of Maximino Baltazar. May he rest in peace.

If a loved one was wrongfully killed on the road in a hit-and-run pedestrian collision, contact the wrongful death lawyers at Sweet Law Group. We have over 40 years of experience in the field, and know what it takes to win your case and achieve the justice and compensation that you deserve. Call our offices at (800) 203-3061 for a free consultation with a professional in your area. We can also be contacted 24 hours a day/ 7 days a week by email, online chat, and text message.