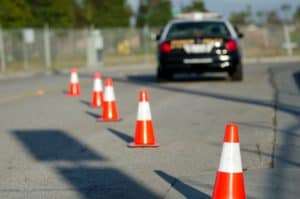 He was sitting passenger in a black 2002 Honda Accord with a 22-year-old male driver from Vallejo. Witnesses say that a dark colored SUV (possibly a Dodge or Chevrolet), was traveling southbound on Cherry Street. It didn’t stop at stop sign on Sonoma Boulevard, and made a right turn onto Sonoma Blvd, where it almost crashed into the Honda.

To avoid colliding into the SUV, the 22-year-old driver swerved left, driving through the double yellow lines and into a silver 2018 Dodge Challenger that was going south. Both cars collided with parked cars, said Vallejo Police Lt. Michael Nichelini.

Ambulances and police arrived at the scene. Soto succumbed to his critical injuries and was pronounced dead. Driver of the Honda sustained major injuries, while the 23-year-old male driving the Dodge had minor injuries. Both were taken to a local hospital for medical treatment.

Soto-Landa was a son, father of three, uncle, and friend. A GoFundMe page was set up to help the victim’s family with funeral costs.

Investigation is ongoing, as authorities try to identify the mysterious SUV and its driver. Contact Officer James Melville of the Vallejo Police Department at (707) 648-4014 (case number 18-149), if you have any information on this fatal accident.

We at Sweet Law Group send sympathies to the family and friends of Mario Soto-Landa. May he Rest in Peace.

Multiple-car accidents can cause serious damage and even fatal injuries. If you have lost a loved in a fatal car accident caused by the negligence of another driver, contact a wrongful death lawyer at Sweet Law Group by calling (800) 203-3061 for a free consultation. We promise to fight for you, day and night, so that you can get the compensation and justice you and your loved ones deserve.