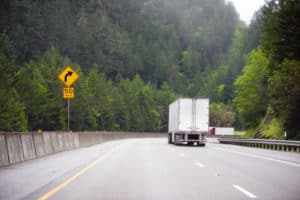 Manelic Valtierrez Injured in Truck Collision on US 97 in Toppenish

TOPPENISH, WA (April 27, 2018) – A man was rushed to the hospital after sustaining injuries from a collision on State Highway 97 involving two tractor-trailers, early Friday afternoon. He was later identified as 43-year-old Manelic Valtierrez of San Bernardino.

According to the Washington State Patrol, the accident happened at 12:22 PM near Milepost 55. A 2005 Volvo truck and trailer, driven by 49-year-old Jerry Stoner of Spring Valley, was heading southbound. Valtierrez, in a 2001 International truck, was also traveling south when Stoner attempted to make a U-turn and struck him.

Valtierrez sustained injuries and was sent to a nearby hospital, but his current condition and the degree of his injuries were not disclosed. Stoner was reportedly unharmed in the accident.

The highway connecting Toppenish and Goldendale was blocked and traffic was delayed for several hours. Highway Truck Towing arrived at the scene to tow the damaged trucks, clearing the lanes. Meanwhile, authorities cited Stoner for the reckless U-turn that contributed to the crash. Drugs and alcohol were not considered as factors in the accident, and it was also noted that both drivers were secured in a seatbelt.

No other information is available at the moment.

When driving, it is important to keep a safe distance from the vehicles ahead of you, especially when traveling at high speeds on a highway. Always pay attention to your surroundings for fellow motorcyclists, pedestrians, bicyclists, and other cars that are sharing the road. By obeying traffic rules, dangerous accidents can be prevented.

If you or a loved one was injured on the road due to a negligent or irresponsible driver, contact the personal injury lawyers at Sweet Law Group. We have over 40 years of experience in the field, and know what it takes to win your case and achieve the justice and compensation that you deserve. Call (800) 203-3061 and arrange a free initial meeting with an experienced legal professional in your area. We are also available to clients through email, text message, and online chat.