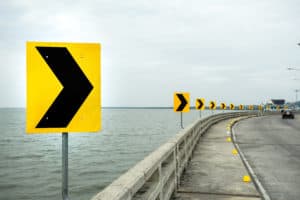 The victim was later identified as 20-year-old Malcolm Terrell Melick from Santa Rosa.

According to the patrol’s Marin bureau, it seemed like Melick went to the bridge with the intention to cause self-harm. He was approached by patrol officers on the west walkway of the bridge, which is known as a spot for where people have jumped.

Reports stated that Melick tried to flee from the approaching officers. He went over the handrails and ran across southbound lanes, where a vehicle heading north hit him. Officers and emergency personnel tried to administer CPR for nearly 10 minutes, but Melick succumbed to his injuries and was pronounced dead on the scene.

Roads were closed during investigation and reopened several hours later. No other information has been provided at this time.

We offer our heartfelt condolences to the family and friends of Malcolm Terrell Melick. May he rest in peace.

If you have lost a loved one in an auto accident, contact the wrongful death lawyers at Sweet Law Group. We have over 40 years of experience in the legal field, and will help you achieve the justice and compensation that is owed to you and your family. Call now at (800) 203-3061, for a free consultation with a legal professional in your area. We are also available through email, text message, and online chat.