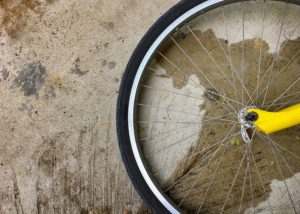 LAKE FOREST PARK, WA (March 11, 2018) – A bicyclist was injured after being struck by a vehicle along Perkins Way over the weekend.

NE Perkins Way is a narrow and winding road that connects to Shoreline. According to the Lake Forest Park Police, the driver hit the man and fled from the scene. Police officials were able to identify the man, and arrested him shortly after the accident.

The identities of the people in the accident have not yet been released to the public. The severity of injuries the bicyclist suffered are unclear at this time.

When driving in narrow streets, it is important to look out for pedestrians and cyclists that may be on the road. By paying attention to the road and adjusting your speed limit accordingly, you can avoid disastrous accidents.

If you have been injured in a bicycle accident, contact the personal injury lawyers at Sweet Law Group. We will fight for your justice and achieve the compensation that you deserve. We can be reached by email, phone, text message, and online chat. Call our offices at (800) 203-3061 for a free consultation, and discuss your case with an experienced legal professional in your area.