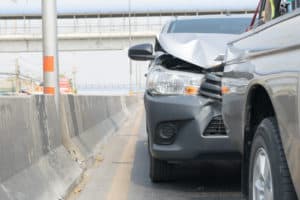 VANCOUVER, WA (May 6, 2018) – An elderly passenger was hospitalized after a rear-end collision on Highway 503, on Sunday morning. The victim was later identified as 72-year-old Kenneth Schaff, a resident of Battle Ground.

According to the Washington State Patrol, the collision between the two vehicles occurred at Padden Parkway and State Highway 503. Cynthia Schaff, a 63-year-old resident of Battle Ground, was southbound on the highway, slowing down to turn onto Padden Parkway westbound.

Behind her was 58-year-old Joseph Hardin, of Vancouver, who was reportedly following Schaff’s vehicle in a short distance.

The rear-end collision between the two cars did not hurt either driver. But, Kenneth sitting passenger in Schaff’s vehicle, was injured and transported to the Portland Veterans Affairs Medical Center Vancouver. His current condition was not immediately available.

Hardin was cited by the state patrol for following Schaff’s vehicle too closely.

When driving on the highway, it is important to remain alert and aware at all times. Make sure that an acceptable amount of distance is present when behind a vehicle. By paying attention to your surroundings and following the rules of the road, dangerous accidents can be prevented.

If a loved one was injured in a serious auto accident, contact the personal injury lawyers at Sweet Law Group. We have over 40 years of experience in the legal field, and will fight to achieve the justice and compensation that you and your family deserve. It’s important to have strong legal representation on your side to fight for your justice and achieve the compensation that you and your family deserve. Call us now at (800) 203-3061 today for a free consultation at a location near you.