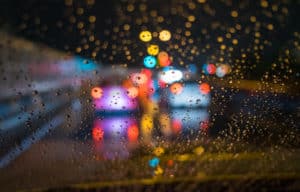 WASHOUGAL, WA (March 11, 2018) – One dead and two seriously injured in two-car collision on the 36500 block of NW Washougal River Road, on Sunday evening.

According to witnesses, a white Subaru traveling northbound was passing vehicles, when it crossed the center line and crashed head-on into a Kia sedan. The accident took place around 8:15 PM.

The Clark County Police, fire officials, and emergency personnel arrived at the scene of the crash. Three people were involved in the accident and had to be extricated from the heavily damaged vehicles.

21-year-old Joshua J Schmid of Vancouver, was driving the Subaru, and was pronounced dead at the scene. His passenger, 21-year-old McKenzie K Laird suffered critical injuries, as did the Kia driver, 23-year-old Zachary A Hartman. Both victims were transported to a local hospital for medical treatment. There is no update on their current condition.

A dog that was also an occupant in the Subaru did not appear to suffer any major injuries. A power pole was damaged and caused a power outage for a resident in the area.

The roadway was closed for investigation and cleanup, until around 1:30 AM Monday morning. Clark County deputies continue to investigate the fatal accident; no other information has been released to the public at this time.

Heartfelt condolences to the family and friends of Joshua J Schmid. May he rest in peace.

If you have been involved in a serious auto accident, contact the personal injury lawyers at Sweet Law Group. We understand what you are going through, and want to help you achieve the justice and compensation that is owed. Call our offices at (800) 203-3061 for a free consultation, and discuss your case with a legal professional in your area. We can be reached 24 hours a day/ 7 days a week by email, phone call, text message, and online chat.