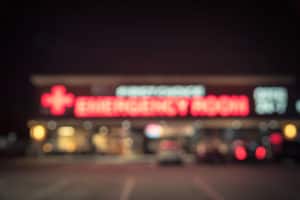 MERCED, CA (July 5, 2018) – A skateboarder was seriously injured early Thursday morning after he was struck by a hit-and-run driver.

The collision happened shortly after midnight near West 20th Street. 31-year-old Joseph Baker of Merced was riding his skateboard with a friend when he was hit by a 2010 Dodge Avenger in the 2000 block of R Street. The driver did not stop and continued to drive away from the scene.

Baker’s friend immediately called 911. First responders rushed Baker to a trauma center, where he was listed in critical condition. According to Katilyn McIntire, Baker’s fiancé, the skateboarder suffered from multiple fractures and broken bones from his head to his legs.

Later on Thursday, a woman contacted the police regarding the hit-and-run incident. 24-year-old Rayawana Vance of Merced claimed that she thought her vehicle hit a dog while traveling south on R Street and fled because she was scared. After meeting with Vance and careful inspection of her vehicle, authorities confirmed that she was the driver that hit Baker.

Vance was arrested and booked into the Merced County Jail for a hit-and-run resulting in major injuries and for driving without a license. As per booking records, she was released from custody after posting bail.

Investigators are asking anyone with information regarding this incident to contact Sgt. Dan Dabney at (209) 388-7719, or the Merced Police Department Tipster Line at (209) 385-4725. No additional information has been released to the public at this time.

When driving, it is important to pay attention to your surroundings and keep an eye out for pedestrians, cyclists, and other vehicles on the road. Also, once involved in a car accident, stay at the scene and wait for officers to arrive. By following driving laws and being careful when behind the wheel, you can keep yourself and others around you safe.

If you or a loved one has been critically injured in a hit-and-run accident, contact the personal injury lawyers at Sweet Law Group. With over 40 years of experience in the field, Sweet Law Group has dealt with cases including wrongful death, personal injury, disability law, and auto accidents. Call us at (800) 203-3061 for a free consultation at a location near you. For your convenience, we are availble to our clients 24 hours a day/ 7 days a week through email, text message, phone call, and online chat.