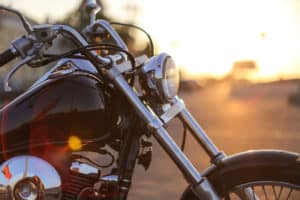 BAYFIELD, CO (March 17, 2018) – On Saturday afternoon, a head-on motorcycle collision on US Highway 160 resulted in one casualty and left another person in critical condition.

Around 12:30 PM, Durango residents 48-year-old Jason Dupuis and his wife, 53-year-old Dawn Dupuis, were riding a 2007 Harley-Davidson eastbound on the 160. A westbound 2010 Subaru Forester suddenly made a left turn at the County Road 501 intersection, colliding head-on with the motorcycle.

The riders were not wearing helmets at the time and were thrown from the bike onto the road.

Responding authorities pronounced Jason deceased at the scene of the accident. Dawn was rushed to the Mercy Regional Medical Center after sustaining critical injuries. She was later transferred to St Anthony’s in Lakewood for further and more intensive care.

According to loved ones, Dawn might need to undergo surgery. Fortunately, she remains stable and coherent despite the critical injuries she suffered. Everyone is expecting her to fully recover. A GoFundMe page has been set up to assist the family with medical and funeral costs. There is also an account set up at First National Bank in Durango.

Katherine Phelps, the 75-year-old driver of the Subaru, was charged by the Colorado State Patrol with one count of careless driving causing death. She suffered minor injuries from the crash.

Drugs, alcohol, or speeding were not considered to be factors in the collision. It is still unknown why Phelps suddenly made a turn that caused the crash. No other information is available at the time.

Heartfelt condolences to the family and friends of Jason Dupuis. He leaves behind his wife, Dawn, and their two teenage daughters. We wish them comfort and support during this difficult time.

If you have been involved in a serious motorcycle accident, reach out to the experienced attorneys at Sweet Law Group. We have over 40 years of experience in the legal field, and will fight to achieve the justice and compensation that you and your family deserve. Our attorneys and professional legal team have dealt with cases including car accidents, wrongful death, personal injury, and disability. Call now for a free consultation at (800) 203-3061, and speak to a legal professional about your case in a location near you.