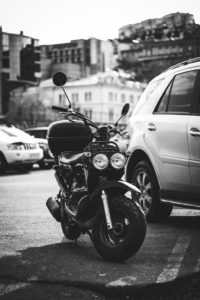 SOUTH PASADENA, CA (April 29, 2019) – A motorcyclist from Largo suffered life-threatening injuries in a motorcycle and car collision on April 25.

The deputies with the Pinellas County Sheriff’s Major Accident Investigation Team revealed that the incident happened around 7:15 p.m. on Gulfport Boulevard and Pasadena Avenue South in South Pasadena.

While Henderson took the eastbound turn, she drove into the path of Bekas’ motorcycle. In turn, Bekas hit the passenger side of Henderson’s car.

Bekas did not wear a helmet during the collision. On the other hand, Henderson didn’t accept any medical treatment in the area.

Moreover, deputies ruled out impairment as a factor in the collision.

When driving, it is crucial to always be careful of motorcyclists, scooter riders, pedestrians, and bicyclists on the road. Motorcycle accidents are extremely dangerous because of their lack of protection and lightweight bodies. By paying attention to your surroundings and driving within the speed limit, dangerous accidents can be prevented.

If you or a loved one was injured in a motorcycle accident due the negligent or irresponsible driving of a reckless driver, contact the personal injury lawyers at Sweet Law Group. We have over 40 years of experience in the field, and know what it takes to win your case and achieve the justice and compensation that you deserve. Call us at (800) 674 7852 for a free case evaluation by a legal professional in your area. You can also reach us 24 hours a day/ 7 days a week by online chat, text message, and email.