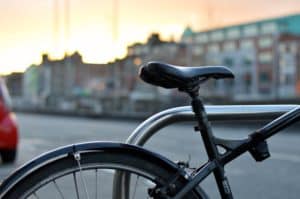 The crash occurred about 8:40 p.m. on Harbor Boulevard, north of Fifth Street, the CHP revealed. According to the authorities, the incident happened in front of Southern California Edison’s McGrath Peaker Plant.

The authorities revealed that a 33-year old homeless man was riding a green bicycle in the northbound shoulder of Harbor Boulevard. Afterward, a driver of a black Subaru struck the bicycle rider and escaped the crash scene.

The investigators gathered evidence and discovered the color and type of vehicle. The crash also left debris scattered everywhere.

The officials are seeking more leads and asking the public’s help. They are urging anyone with information about the crash to contact the CHP’s Ventura office at 805-662-2640.

The perverse actions of a reckless driver can increase the likelihood of traffic collisions. If you are a bicyclist or driver, pay close attention to those around you. Always keep a considerable distance from others just in case harm is near.

How To Proceed after a Traffic Crash

According to the National Highway Traffic Safety Administration (NHTSA), two out of three motorists will be involved in an injury accident during their life. Thus, knowing how to proceed in case you find yourself involved in a traffic collision is a must.

“Hiring the right firm, who has the resources to spend, can make all the difference between getting justice for a client,” says Mark Sweet, a personal injury attorney at Sweet Lawyers.

If you or someone you love has recently suffered a personal injury due to someone else’s negligence, you do not have to face the aftermath alone. If you are seeking trusted legal guidance, do not hesitate to reach out for help. Whether you’re injured or facing costly medical bills, we understand your situation and would like to help. Over the 44 years we have been practicing law, we have crafted and cultivated a strong name for ourselves. We strive to be your superior legal resource when acquiring justice and full compensation. Call (800) 203-3061 for a free consultation today.