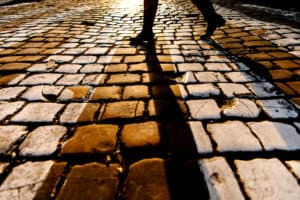 CONCORD, CA (May 5, 2018) – A man was struck and killed by a car on Monument Boulevard, late Saturday night. The deceased victim was identified by the Contra Costa County Coroner’s Office as 62-year-old Concord resident, 62-year-old Gary Nicholas.

The accident took place on the intersection of Monument Boulevard and Oak Grove Road, around 10:20 PM. According to Lt Sean Donnelly with the Concord Police, Nicholas was struck by a green 2008 Toyota Prius, driven by a 23-year-old Lafayette resident.

Nicholas sustained critical injuries and was pronounced dead at the scene by emergency personnel. The driver stayed at the scene and cooperated with officials during their investigation, as the cause of the collision is still unknown.

In the area of the collision where police officials set up flares and cones, a 22-year-old Concord man struck a police vehicle with his car, and tried to flee. He was caught about a block away and arrested on suspicion of DUI and hit-and-run.

The officer suffered minor injuries and was taken to a local hospital and treated, before being released. No additional information has been released at this time.

Heartfelt condolences to the family and friends of Gary Nicholas. May he rest in peace.

If you have lost a loved one in a tragic pedestrian accident, or have been injured in a hit-and-run collision, contact the wrongful death and personal injury lawyers at Sweet Law Group. We know what you and your family are going through, and are here to help you help you in this difficult time. Call now at (800) 203-3061 for a free consultation with a legal professional in your area. We are also available through email, text message, and online chat.