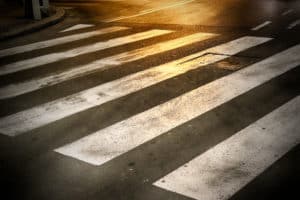 LOS ANGELES, CA (June 4, 2018) – A teenager was killed Monday afternoon and two others were injured after a vehicle involved in another collision struck them. 17-year-old Gabby Leyva, a student of Alliance Renee and Meyer Luskin Academy was identified as the fatality in this tragic incident.

According to the Los Angeles Police Department, the collision occurred around 3:45 PM shortly after school dismissal. Leyva and two other students, one from Alliance Luskin Academy and the other from Alliance Middle Leadership Academy, were standing on a sidewalk near 8th and West Florence avenues when a car struck them. The vehicle was reportedly involved in a collision with a second vehicle before this accident.

Leyva was rushed to a nearby hospital, where she succumbed to her injuries and was pronounced dead. A 17-year-old boy suffered a broken arm, while the other victim sustained minor injuries. Both of them were transported to a hospital for treatment. Recent updates stated that the students were released and are currently recovering at home.

The unidentified drivers were reportedly unharmed and stayed at the scene to cooperate with the investigation. The cause of the collision between two vehicles was not immediately available. No other information has been disclosed at this time.

Sweet Law offers our heartfelt condolences to the family and friends of Gabby Leyva. We wish them strength and courage during this difficult time. May she rest in peace.

If you have suddenly lost your child in a tragic pedestrian collision, reach out to the experienced wrongful death lawyers at Sweet Law Group. We have over 40 years of experience in the legal field, and we understand what you and your family are going through. We promise to fight, day and night, until we achieve the justice and compensation that is owed. Call our offices at (800) 203-3061 for a free, no-obligation consultation with a legal professional in your area. For your convenience, you can also reach our team 24 hours a day/ 7 days a week by email, online chat, phone, and text message.