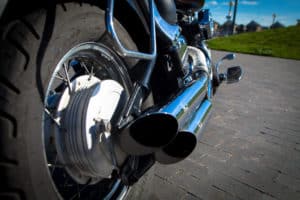 The incident happened around 11:00 a.m. in the 1000 block of East First Street, between Standard Avenue and Grand Avenue.

According to reports, the motorcycle rider lost control of his vehicle and crashed into a pole. A witness reported the incident to the police. Upon the authorities’ arrival, they located the unconscious motorcyclist.

Responders took him to OC Global Medical Center in Santa Ana, where he later died. His identity remains unreleased due to pending family notification.

The Santa Ana police is currently handling the investigation.

We at Sweet Lawyers sends out our heartfelt sympathies to the friends and family of the victim during this difficult time.

Suffering injuries in a motorcycle accident due to negligent or irresponsible driving of a reckless driver is a heavy load. Turn to the personal injury lawyers at Sweet Lawyers. With our seasoned lawyers with varied experiences in the field, we will get the justice and compensation you deserve. Contact us at (800) 674 7852. In addition, we can also be contacted 24 hours a day and 7 days a week by email, online chat, and text message. We know what it takes to win your lawsuit. Above all, we believe you deserve the best legal representation and proper compensation for your pain and suffering. Our team is here for you and your family during this difficult time in your lives. You are not alone, let us guide you through the next steps.