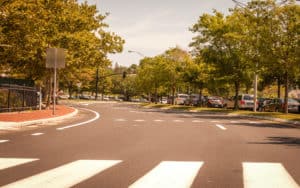 According to officers, they received reports of the accident at around 1:39 AM, at the intersection of 19th Avenue and Winston Drive, near the Stonestown Galleria Mall.

In their initial investigation, they determined that Reed was crossing in a marked crosswalk on 19th Ave against a red light. At the same time, a vehicle traveling southbound on 19th was following a green light when the deadly collision happened.

Responding paramedics rushed Reed to a nearby hospital, where he was declared dead on arrival. The police did not arrest the unnamed driver of the vehicle involved. Authorities have not released any other information at this time.

We extend our sincerest sympathies to the family and friends of Elijah Reed. May he rest in peace.

If you have suddenly lost a loved one in pedestrian collision, reach out to the experienced lawyers at Sweet Law Group. We have over 40 years of experience in the legal field, and we will fight to achieve the justice and compensation that you and your family deserve. Our attorneys and experienced professional legal team have dealt with cases including car accidents, wrongful death, personal injury, and disability. Call our offices at (800) 203-3061 for a free consultation with a professional in your area. We can also be contacted 24 hours a day/ 7 days a week by email, online chat, and text message.