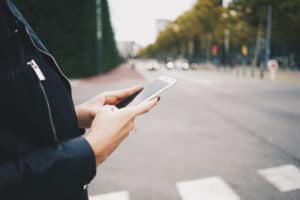 El Cajon Police Officers and paramedics responded to the 600 block of Greenfield at around 5:15 PM, after receiving a call that a pedestrian was struck by a car. Paramedics rushed the criticalinjured woman to a local hospital where she later succumbed to her injuries and died.

The victim was described to be an adult female approximately 40 years of age. Her identity has not been released, pending notification of the family.

The preliminary investigation and witness statements revealed that the woman was allegedly walking westbound on the south sidewalk of Greenfield Dr at the same time that a blue 2004 Chevrolet Suburban was driving west on the same street. The Chevy then veered across the eastbound lanes and left the roadway, hitting her.

The driver of the Suburban, described as a 49-year-old male resident of El Cajon, remained at the scene and fully cooperated with investigators. It is unknown at this time if drugs or alcohol were involved in the incident. The El Cajon Police Department is urging anyone with more information regarding this fatal collision to call (619) 579-3311.

We at Sweet Law Group offer our deepest sympathies to the family and friends of the woman killed in this accident. May she rest in peace.

If you lost a loced one in a pedestrian collision, contact the experienced wrongful death lawyers at Sweet Law Group. With over 40 years of experience, we know what it takes to win your case and get you the compensation and justice that is owed to your family. Call us today at (800) 203-3061 for a free consultation with an experienced legal professional in your area. We are available to our clients 24 hours a day/ 7 days a week through email, phone, text message, and online chat.