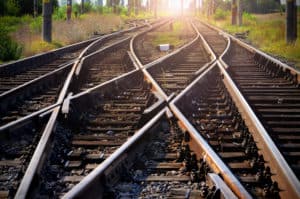 MARYSVILLE, WA (September 25, 2018) – A man was killed in a oil train collision on State Street, early Tuesday morning. The deceased victim’s name and place of residence were not immediately released to the public, pending notification of next of kin.

According to troopers with the Washington State Patrol, the incident occurred around 2:30 AM near 104th Street Northeast.

As per police reports, the driver of the car was heading south on the 8900 block of State Street when he left the roadway, crossed 60-70 feet of grass, and crashed into the side of a northbound oil train. The impact of the collision caused the vehicle to be lodged into the train, resulting in it being dragged for about 15 blocks until it came loose near 104th Street.

The conductor of the locomotive was alerted about the collision by a sensor on the train. Emergency personnel arrived at the scene to find the damaged car near the stopped train. The unidentified driver suffered critical injuries and was pronounced dead at the scene. Authorities have not yet determined what caused the driver to leave the road and crash into the train.

We at Sweet Law Group offer our deepest sympathies to the family and friends of the driver killed in this tragic incident. May he rest in peace.

If you or a loved one was involved in a serious train collision, contact the experienced accident attorneys at Sweet Law Group. We promise to fight for you, day and night, until we achieve the proper compensation and justice that you and your family deserve. Call our legal professionals at (800) 203-3061 for a free consultation in your area. You can also reach us 24 hours a day/ 7 days a week by email, online chat, and text message.