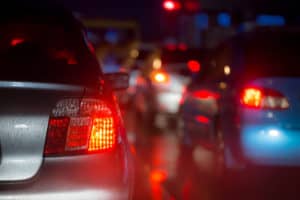 Additionally, the driver of the vehicle, 20-year-old Daylin Mannery, sustained fatal injuries in the accident.

According to California Highway Patrol, officers from Arvin Police Department were pursuing a BMW the night before the crash.

The officers lost track of the vehicle and called off the car chase.

Reports revealed that the vehicle crashed into a dirt embankment and started to catch fire.

Authorities from the Arvin Police Department confirmed that the vehicle was the BMW they were chasing earlier. Arvin police that the occupants of the vehicle committed multiple burglaries in the Arvin area before the pursuit.

Responders pronounced all four occupants of the vehicle dead at the scene.

CHP said that the vehicle was traveling at a high rate of speed at the time of the crash.

Later in the week, Kern County coroner’s office identified three of the four victims as Daylin Mannery, of Mesa, Arizona, along with passengers Daniel Marquez of Wildomar, and Nicole Mechelle Price from Lancaster.

Sweet Lawyers would like to extend our sincere condolences to the loved ones of the victims.

Grieving and handling legal claims don’t go hand in hand. That is why hiring an experienced attorney can provide you with peace of mind that you have a fighter in your corner.

Mark Sweet of Sweet Lawyers says, “The aftermath of unexpected accidents can make everything difficult for a family. The last thing most want to tend to is paperwork, questions from insurance carriers or defense lawyers, and obtaining police reports. Having legal representation in the wake of a tragedy will provide your family with the space to heal. At the same time, ensuring that justice is brought to your loved one.”

If you lost loved one in an accident, call us. Sweet Lawyers has over 40 years of experience in the legal field. We know what it takes to win your wrongful death, auto accident, personal injury, and disability case. We promise to fight, day and night, to achieve the justice and compensation that you and your family deserve. Call our offices at (800) 674 7852 for a free consultation with a professional.