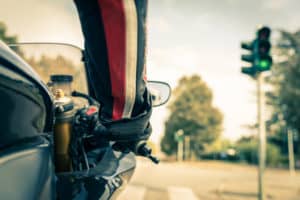 Chris Mayer was traveling westbound on 7th right before sunset, when he crashed into the back of a park semi-truck, according to Vancouver Police Department Corporal Brent Donaldson.

Bystanders try to assist the young man, but he was pronounced dead at the scene. No other injuries or damages were reported in this incident.

A section of Seventh St was blocked off for several hours while officials investigated the scene of the crash and interviewed witnesses in and around the nearby apartment building. Police believe that speed may have been a factor in the fatal crash.

A GoFundMe page was setup to help Mayer’s family with funeral expenses and family support.

Heartfelt condolences to the family and friends of Chris Mayer. He leaves behind a 3-year-old son.

When involved in a serious accident, contact the personal injury lawyers at Sweet Law Group. We have over 40 years of experience in the field, and know what it takes to get you the compensation and justice that you deserve. We promise to fight for you and your family, and provide you will all the information that you need on your case. Call (800) 203-3061 now for a free case evaluation at a location neat you.