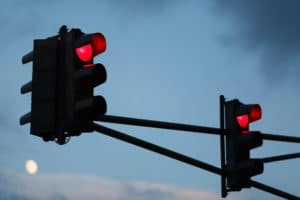 OAKLAND, CA (May 17, 2018) – A man was killed and two others were left injured after a two-vehicle collision at an intersection, early Thursday morning. The deceased victim was later identified as 46-year-old Ahkenya Ragland Sr.

As per reports, the collision happened at about 2:30 AM at the intersection of 98th Avenue and Bancroft Avenue. A 1983 Ford Mustang, driven by an unidentified 24-year-old, was heading south on 98th and entered the intersection on a green light.

Their vehicle was broadsided by a speeding 2014 Honda Civic that was traveling east and failed to stop for the red light.

The driver of the Mustang was rushed to the hospital with serious injuries, but it was reported that his condition remains stable. A 29-year-old passenger inside the Civic suffered a serious leg injury and was also transported to a local hospital for treatment. Ragland, who was sitting in the front passenger seat in the Mustang, was pronounced dead at the scene after sustaining life-threatening injuries.

The Civic driver fled from the scene on foot just before the arrival of authorities. Officials also determined that the vehicle was reported stolen out of San Francisco.

Heartfelt condolences to the family and friends of Ahkenya Ragland Sr. May he rest in peace.

If you have lost a loved one, or have been injured in a hit-and-run accident caused by an irresponsible and reckless driver, contact the wrongful death or personal injury lawyers at Sweet Law Group. We understand the pain and suffering you are going through, and are here to help. Call our offices at (800) 203-3061 for a free, no-obligation consultation with a legal professional in your area.