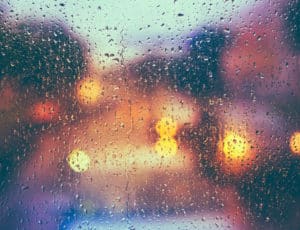 SAN JOSE, CA (May 28, 2018) – Five people were hospitalized on Monday evening, including a critically injured 13-year-old boy, after a stolen car crash on McLaughlin Avenue.

According to police reports, the incident started when the officers spotted a stolen blue 1995 Honda Accord. They attempted to apprehend the driver, but the vehicle continued driving northbound with its lights out.

Instead of pursuing the Honda, the police released the last known location of the fleeing vehicle to the public. Minutes later, they received a call that the vehicle was found after colliding nearly head-on with a 2014 Ford C-Max at the area of McLaughlin Avenue and Bacchus Drive. After striking the Ford, the Honda slammed into a traffic pole before coming to a rest.

Four teens were found inside the vehicle, including the 13-year-old boy that was driving the stolen vehicle. Two of the teenagers, a 14-year-old girl and a 16-year-old boy, attempted to flee the scene on foot but they were immediately taken into custody by officials. Another 13-year-old boy was found critically injured and was hospitalized along with the other teenagers involved in the incident. The driver of the Ford was also transported to a hospital after sustaining minor injuries.

Authorities stated that all four teenagers will be booked into a juvenile hall after recovering from their injuries. Their parents will also be liable for all the injuries and the damages done to both vehicles involved. No other information is available at this time.

Unfortunate road accidents can happen anywhere and to anyone. One small mistake could lead to disastrous results, so stay in your lane and follow road rules and regulations. It is to always abide by all driving laws to ensure your safety and the safety of surrounding vehicles, motorists, and pedestrians.

If you or your child was injured in an auto accident caused by the reckless driving of another person, contact the experienced attorneys at Sweet Law Group. Our firm has over 40 years of experience in the field, and we know what it takes to win your personal injury, car crash, and wrongful death case. We will fight, day and dight, until we achieve the justice and compensation that you and your family deserve. Call (800) 203-3061 and arrange a free initial consultation at a location nearest you. We are available to clients 24 hours a day/ 7 days a week by email, text message, phone, and online chat.