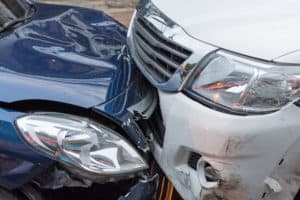 According to Officer Josh Greengard of the California Highway Patrol Newhall area, one of the injured parties is a man who was put on a 24-hour watch for driving under the influence and was treated for serious injuries. The three others were in unknown condition.

As per CHP, the man was arrested on felony DUI primarily because of the injuries sustained in the crash. The suspect was found to be very well over the legal limit. He was with two passengers while one of the victims was in the other vehicle.

The collision prompted officials to shut down Sierra Highway near Penman Road in Agua Dulce for two hours, the CHP added. A SIG alert was issued for the northbound and southbound directions of Sierra Highway at around 5 a.m. while the crash scene is being investigated.

Alcohol and certain medications or illegal drugs in the body can impair thinking, reasoning, and muscle coordination which are essential in operating a vehicle safely. It is important to always abide by all driving laws and never drive while impaired as the consequences can be devastating for you and for others.

Reach out to the experienced lawyers at Sweet Law Group when involved in a serious traffic accident like a DUI car crash. We have over 40 years of experience in the legal field, and we know what it takes to win your case. Our attorneys and professional legal team have dealt with cases including car accidents, wrongful death, personal injury, and disability. Untiringly, we will fight to achieve the justice and compensation that you and your family deserve. Call our offices at (800) 203-3061for a free consultation with a professional in your area. We can also be contacted by email, online chat, and text message 24 hours a day and 7 days a week.