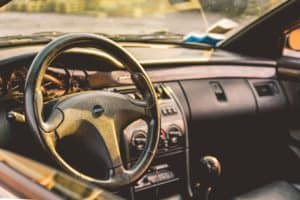 SANTA MARIA, CA (February 10, 2020) – A person died while another named Michael Lee was arrested after a car accident on Stowell Road on February 7.

At around 1:20 a.m., personnel from the Santa Maria Police and Fire departments came to a two-vehicle crash on Stowell Road, west of Blosser Road.

Authorities pronounced one person dead at the scene.

“Alcohol and speed appear to have been a factor with both drivers,” police revealed.

The identity of the deceased remains unreleased due to pending family notifications.

Meanwhile, the other driver, 25-year-old Michael Lee of Santa Maria, sustained minor injuries. The police arrested Michael Lee on suspicion of gross vehicular manslaughter while intoxicated and driving a vehicle under the influence causing injury.

The road remained unavailable for multiple hours during the crash investigation.

We at Sweet Lawyers offer our heartfelt condolences to the family and friends of the victim. Our deepest thoughts are with them during this difficult time.

Reach out to the experienced lawyers at Sweet Lawyers when involved in a serious traffic accident. We have over 40 years of experience in the legal field, and we know what it takes to win your wrongful death, auto accident,personal injury, and disability case. We promise to fight, day and night, to achieve the justice and compensation that you and your family deserve. Call our offices at (800) 674 7852 for a free consultation with a professional in your area. You can also reach us by email, online chat, and text message 24 hours a day and 7 days a week.