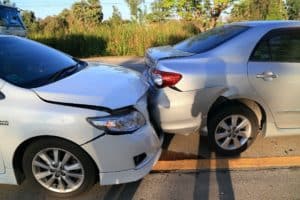 HIGHLAND, CA (July 12, 2019) – Officers arrested Zachariah Zile after a DUI crash that claimed the life of a woman on Sunday, July 7.

The Calfornia Highway Patrol said that the crash happened in Highland at around 1:09 a.m., just east of Arden Avenue on the 210 Freeway. It occurred when a Dodge Charger slammed into the back of a Lincoln Navigator.


The collision sent the Lincoln off the right shoulder of the freeway, and into a light pole, officials stated. Emergency responders brought the 49-year-old woman driving the Lincoln to a local hospital where she later died. Her name was not yet available.

According to CHP spokesman Ivan Sandoval, the driver of the Dodge, 33-year-old Zachariah Jorel Zile, left the crash site. Officials arrested her shortly after.

They arrested him on suspicion of murder, driving under the influence and hit-and-run, according to court records. He was booked into the West Valley Detention Center.

We give our sincere condolences and thoughts of encouragement to the family and friends of the victim.

If you have suffered a loss of a loved one in a DUI crash, please contact the Sweet Lawyers today. Our primary goal as a law firm is to help victims and families find justice, compensation, and hope for a brighter future. We understand the pain and suffering that comes with losing a loved one and we will do everything we can to help you obtain what you rightfully deserve. For more details, please call us at (800) 674 7852. The consultation is free.