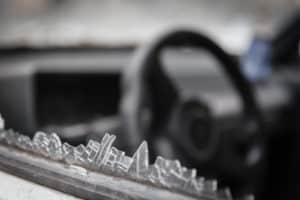 It became every parent’s nightmare when Martin Ramos learned that his wife Mayeli Ramos and his two children crashed their vehicle into a car.

At the corner of South Giddings Street and West Tulare Avenue, the Ford Explorer — which carried Mayeli and her 2-year-old girl and 5-year-old boy — collided with a driver that blew threw a red traffic light.

The fleeing car, which police had been pursuing moments before, driven by 31-year-old Yvonne Quintana. Quintana led officers on a chase after she had fired gunshots from her ex’s house.

A GoFundMe page has been created to help raise funds for the children’s medical costs.

Sweet Lawyers are highly trained in many areas of the law. When searching high and low for a legal professional who has tackled hundreds of personal injury cases like yours, call (800) 674 7852. We’ll fight aggressively in securing your future and getting your family the help they deserve.