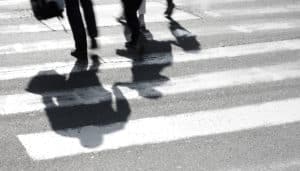 According to officers with the San Francisco Police Department, the incident happened on Powell Street, at about 12:37 PM. Preliminary investigation showed that the elderly pedestrian was walking on the crosswalk when she was struck by a big rig.

Emergency Responders arrived at the scene and pronounced Kuang dead on site. Meanwhile, the 49-year-old big rig driver remained on site and cooperated with investigators. He was not injured in the incident, and no charges have been filed at this time.

An investigation is ongoing to determine the cause of the fatal crash and to identify possible contributing factors. No arrests have been made, and neither drugs nor alcohol is believed to have played a role in the incident.

Additional information will be released to the public, once it becomes available.

Our deepest thoughts and prayers are with the family and friends of Ying Kuang. She will be remembered as a dedicated mother and a loving grandmother. May she rest in peace.

If you believe that a loved one was wrongfully killed in a pedestrian accident, reach out to the experienced lawyers at Sweet Law Group. With over 40 years of experience in the legal field, we know what it takes to win your wrongful death case. Focus on grieving your loved one, and we will take care of the rest. Call us today at (800) 203-3061 for a free case evaluation in an office near your location. For your convenience, we are also available through email, text message, and online chat 24 hours a day/ 7 days a week.