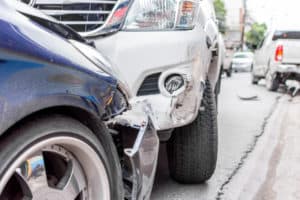 Police Officials responded to the collision around 8:10 p.m. Dispatchers arrived in the southeast of Las Vegas Valley, shortly after.

The female victim was driving a Lexus ES on the eastbound lanes of Windmill. There, she swerved off the road and hit a brick wall before striking an eastbound 2017 Dodge Charger. In addition, a 2011 Mercedes Benz ML 350 was also struck amidst the chaos.

The Lexus driver was not wearing her seat belt at the time. As a result, she was ejected from her vehicle onto the roadway.

She was immediately taken to Sunrise Hospital Medical Center for further treatment of serious injuries. She is currently listed in critical condition.

In addition, towing services were later requested to remove the damaged Lexus from the scene. The surrounding area on Windmill Lane was closed down for a brief time during cleanup and preliminary duties. However, the roadway has since reopened.

At this time, an active investigation remains ongoing. Once available, more information will be released.

Whenever you are behind the wheel of a vehicle, it is always your responsibility to follow all traffic laws, including wearing a seat belt. Moreover, by avoiding distractions and staying focused on the road, you can help to prevent dangerous accidents.

If you or a loved one has been involved in a similar accident, reach out to the Sweet Lawyers. With our over 40 years of involvement in the legal field, we know how to win your case. We promise to help you and your family receive the justice and compensation that you deserve. In addition, you can call us anytime at (800) 203-3061 to discuss your options for free. For your convenience, we are available 24 hours a day, 7 days a week.