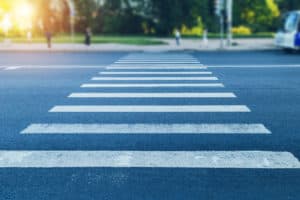 One Dead, One Injured after Long Beach Hit-and-Run Accident on Pacific Avenue

Officers responded to the hit-and-run about 11:55 p.m. at the intersection of Pacific Avenue and Burnett Street.  They found the woman unresponsive and the man lying in the intersection.

First responders rushed the woman to a local hospital. However, she died a short time later.

The accident happened when two pedestrians crossed Pacific Avenue in a marked crosswalk on the north side of the intersection, Long Beach police reported. A white, possibly four-door, unknown model car that moved southbound on Pacific Avenue at Burnett Street struck the pedestrians.

According to Witness Justin Kraut, the pair flew 10 feet due to the impact of the crash. He also added that the driver continued forward without stopping.

Police stated that the vehicle fled the scene, and the driver did not stop to help the victims.

To those facing this heartbreaking news, we’d like to express our sympathies to you during this time.

If you are looking for reliable wrongful death attorneys, reach out to Sweet Law Group. We have over 40 years of experience in the legal field, and we know what it to win your case. Our attorneys and professional legal team have dealt with cases including car accidents, wrongful death, personal injury, and disability. We will fight to help you achieve the justice and compensation that your family deserves. Call now for a free consultation at (800) 674 7852 to speak to an experienced legal professional in your area. You can contact us 24 hours a day/ 7 days a week by email, online chat, and text message.