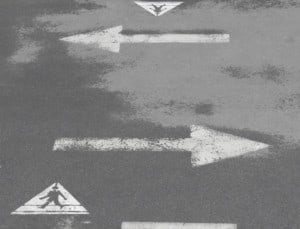 The second vehicle took off before authorities arrived. Witnesses described it as a light-colored minivan driven by a woman, the San Bernardino Police Department said.

Paramedics rushed the victim to a local hospital where she succumbed to her injuries. She was only described as a woman in her late 20s or early 30s.

The incident is still under investigation and it is unknown whether drugs or alcohol were a factor, police said.

The hit-and-run driver remains at large.

Anyone with additional information about the incident was asked to contact Detective Dan Acosta or Sergeant Jeff Harvey at (909) 384-5792.

We would like to extend our sincere sympathies to the family and friends of the victim.

If you have lost a family member in a pedestrian accident, we would like to offer our legal guidance and support during this devastating time. We house wrongful death attorneys who are skilled in handling delicate cases and understand how challenging legal proceedings are for those involved. Allow our team to fight for justice and maximum compensation your loved one and family deserve. Call us at (800) 674 7852 for a free case evaluation.