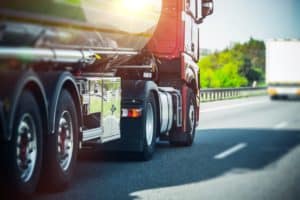 Police officers responded to the accident along SE 19th Avenue around 4:30 AM. Dispatchers then arrived to the area near SE 96th Place shortly after.

Reports indicate that a witness heard a loud bang and subsequently rushed to the wreckage. The accident was also captured on a nearby surveillance camera.

A woman veered into oncoming traffic for unknown reasons, and eventually struck an 18-wheeler. The female victim was found trapped inside the vehicle due to the impact. Firefighters used the Jaws of Life as a result to free her.

Furthermore, she was reportedly in and out of consciousness. She was immediately taken to a nearby hospital due to the extent of her injuries. However, there has been no update on her current medical status.

It is currently unknown if the semi-truck driver sustained injuries. The surrounding area was blocked off for a brief time while crews worked to clean the scene, but has since reopened.

Police do not believe alcohol or drugs were contributing factors in the accident. No more details have been disclosed to the public at this time.

As a driver, it is your responsibility to drive safely and cautiously. Always keep an eye out for dangerous conditions or other motorists. Doing so can help prevent accidents from happening.

If you or someone you know has been involved in a similar accident, call the attorneys at Sweet Lawyers (800) 674-7852. With over 40 years or experience in the legal field, we have a team and the resources to win your personal injury case. Let us help you achieve the justice and compensation that you deserve. Contact us today for a free over the phone consultation to answer any questions or concerns you may have. We can also be contacted by email, online chat, and text message 24 hours a day/ 7 days a week.