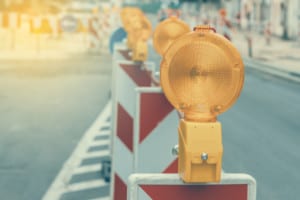 The crash happened on December 19 at about 5:30 p.m. at the intersection of Cesar E Chavez Avenue in Boyle Heights.

Surveillance video showed him driving a white Chevrolet S10 pickup truck. Then, he struck the victim at a crosswalk when he turned southbound onto Soto Street.

He immediately fled the scene after the crash.

Immediately, responders took the victim to a hospital with serious injuries.

Meanwhile, an LAPD lieutenant spotted him on Monday at around 9:20 p.m. when the officer responded to a separate crash.

Farias was driving the involved truck on Florence Avenue near Avalon Boulevard in the South Los Angeles area.

“The lieutenant made contact with the driver and recognized that the driver was the same person who was captured in the video,” according to the LAPD statement.

Focus on the road while driving. Remove any possible distractions that could cause accidents.