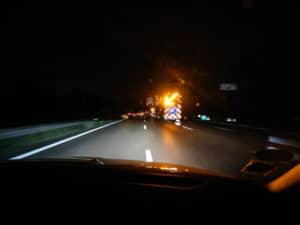 Police officers arrived at the Kennewick accident scene at around 3 p.m. wherein they found a seriously injured 38-year-old woman attended by the witnesses.

Witnesses told the authorities a vehicle struck the victim while crossing CCB inside the crosswalk.

Also, witnesses provided a description of the suspect vehicle, a white pick-up truck, including the license plate number.

The rescuers rushed the victim to an area hospital where she was treated for serious, but non-fatal
injuries.

Authorities booked Montgomery in the Benton County Jail on suspicion of felony hit and run and driving with a suspended license.

Further, police want to thank all of the witnesses who stayed at the scene to help the victim and provide a detailed description of the suspect vehicle.

Meanwhile, please contact the police at 628-0333 if you have further details about the crash.

Aim high in steering. Don’t make your steering adjustments based on what is directly in front of you. Rather what is down the road. If the road is winding to the right, for example, look as far into the turn as possible. This will improve your safety and make your turns smoother.

Turn to Sweet Lawyers if you or a family member sustained injuries in a similar incident. Allow us to handle the legalities, while you focus on recovering. Our firm does not collect any payment until we win for you. Also, do not require any silly “retainer” fees like other law offices. Call today at (800) 674 7852 and speak to an experienced legal professional.