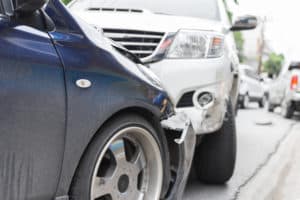 According to Everett Police, the accident occurred at about 4:30 a.m. along 19th Ave SE and 96th Place SE. The woman veered into oncoming traffic and struck a semi.

A witness told a local news source that he heard a loud bang and hurriedly went outside to see the accident. He and two others went over and attempted to extricate the woman from the wreckage as the driver of the semi called 911.

Firefighters eventually used the Jaws of Life to free the woman, the witness stated.

The woman drifted in and out of consciousness after the crash. Paramedics rushed her to a local hospital and she was expected to survive, police reported. The semi driver was not hurt.

Investigators don’t know why the woman veered into oncoming traffic. They have no reason to believe that drugs or alcohol played a role in the collision, police said.

When behind the wheel of a vehicle, it is important to pay attention to your surroundings and abide by all driving laws. Always keep a lookout for other motorists, pedestrians, and cyclists on the road. By driving defensively, you can prevent dangerous accidents.

If you or a loved one suffered injuries in a head-on crash due to the negligent or irresponsible driving of another driver, contact the personal injury lawyers at Sweet Law Group. We have over 40 years of experience in the legal field, we know what it takes to win your case and achieve the justice and compensation that you deserve. Call us at (800) 674 7852 for a free, no-obligation case evaluation by a legal professional in your area. You can also reach us 24 hours a day/ 7 days a week by online chat, text message, and email.