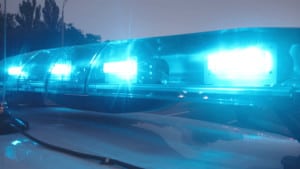 STANISLAUS COUNTY, CA (March 4, 2020) – A female driver survived after her car went down a 60-foot embankment near Tim Bell Road.

Officers say the driver was heading to work shortly before 5:00 a.m., when the incident occurred.

Reports later revealed that after falling down an embankment, the car then plummeted into the water near Oakdale. “I thought, ‘Oh my God, I’m going to die. I’m never going to see my kids again,’” the driver said.

The female driver wanted her identity to remain unknown. However, she warned motorists who want to use the remote farm roads to avoid traffic in the area.

Highway 132 and Claribel Road is mostly flat and straight. However, there are sudden turns along the steep banks of Cashman Creek near Tim Bell Road.

According to the driver, a truck with bright halogen lights tailgated her early Sunday morning, pushing her over the edge.

Around 2:00 p.m., someone reported to 911 and the Stanislaus Consolidated Fire Protection District responded to the scene.

The driver was transported for further treatment of serious injuries.

When behind the wheel of a vehicle, it is your responsibility to ensure the safety of yourself and others around. It is important to always drive within the posted speed limit. In addition, slow down if you see traffic stalling ahead to avoid hitting other vehicles.

If you or a loved one has suffered serious injuries in a crash due to a reckless driver, contact Sweet Lawyers. With over 40 years of experience in the legal field, we know what it takes to win your auto accident case. We promise to fight, day and night, to achieve the justice and compensation that you and your family deserve. Call our offices at (800) 674 7852 for a free consultation with a professional in your area. We can also be contacted by email, online chat, and text message 24 hours a day and 7 days a week.