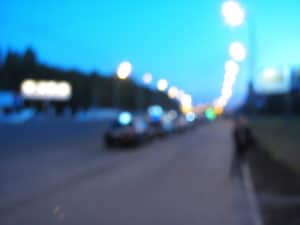 According to the San Bernardino County Sheriff’s Department, police received reports at about 10:24 p.m. Deputies from the Rancho Cucamonga Police Department rushed to a collision that occurred at Foothill Boulevard and Hellman Avenue.

Deputies received advisories from witnesses that the suspect, later identified as 36-year-old Miguel Mendoza, had been seen. Witnesses saw him traveling eastbound on Foothill from Upland, entering Rancho Cucamonga. In addition, witnesses noticed Mendoza’s vehicle weaving in and out of traffic and running red lights repeatedly.

As Mendoza’s vehicle drew closer to Hellman Avenue, it ran the red light at the intersection. After that, it collided into the victim’s vehicle turning left on a green arrow onto southbound Hellman Avenue. When the vehicles came to stop, Mendoza went out of his car and fled. He failed to check on the woman’s condition, the Sheriff’s Department stated.

The Sheriff’s Department described the victim, a 28-year-old woman from Pomona, in critical but stable condition.

Authorities positively identified Mendoza as the driver of the vehicle. However, they were not able to immediately locate him after the crash.

Finally on March 28, deputies at Rancho Cucamonga Traffic Division and Multi-Enforcement Team acquired the whereabouts of Mendoza. The deputies at his residence in the city of Hawthorne arrested him.

Mendoza sustained injuries consistent with being in a traffic accident. They brought him to a local hospital for a pre-booking medical check, according to Sheriff’s Department. Officers booked Mendoza at West Valley Detention Center and set his bail at $50,000.

Let the experienced lawyers at Sweet Law Group help you win your hit-and-run case. With over 40 years of experience in the legal field, you can never go wrong with the Sweet Law Group. Our attorneys and professional legal team have dealt with cases including car accidents, wrongful death, personal injury, and disability. Call our offices at (800) 674 7852 for a free consultation with a professional in your area. For your convenience, you can also contact us 24 hours a day/ 7 days a week by email, online chat, and text message.