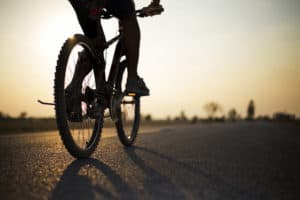 PORT HUENEME, CA (June 19, 2019) – A 44-year-old bicyclist died after being struck by an SUV early Tuesday on West Hemlock Street at Seaside Drive.

According to authorities, the incident happened around 5:30 a.m. Rescue crews responded to reports of a crash involving a bicyclist and a car.

Based on a preliminary investigation, the 44-year-old Port Hueneme woman suffered grave injuries when she turned into the path of an oncoming Ford Explorer. Reports say she was pedaling westbound on West Hemlock Street prior to crossing into the westbound Ford’s path.

Unfortunately, the woman died at Ventura County Medical Center in Ventura. The 26-year-old Oxnard man driving the Ford stayed at the scene and cooperated with police.

Traffic investigators do not believe impairment played a role; however, an investigation concerning this is underway.

Our law firm would like to take this time to send our sincere sympathies to the friends and family of the victim.

The Sweet Lawyers endeavor to provide their clients with aggressive representation and personalized attention. Our law firm has been around for four decades, helping guide victims of negligence. If you’re overwhelmed, recovering from an injury or facing financial loss, it’s not too late. Call (800) 674 7852 to schedule a free consultation with our lawyers.