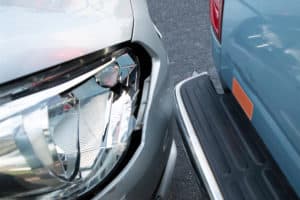 One Fatally Hurt in Victorville Two-Car Crash on Hook Boulevard

VICTORVILLE, CA (September 6, 2019) — A woman died after a two-car crash on Hook Boulevard on Thursday, September 5.

The San Bernardino County Sheriff’s Department together with the Victorville Fire Department and AMR rushed to the two-car crash at around 2:02 p.m.

Upon arrival, emergency responders discovered a woman trapped in the driver seat of a gold Lexus sedan.

Despite life-saving measures, the woman died on the scene, according to Sheriff’s Spokeswoman Mara Rodriguez.

The driver of the other involved vehicle, a black Jeep, was rushed to a local hospital with minor injuries.

Authorities shut down Hook Boulevard between Showhorse Lane and Aloe Road during the investigation.

The identity of the woman is being withheld until next of kin notification.

Anyone who witnessed the collision can contact the Victorville Police Department at (760) 241-2911.

We at Sweet Lawyers offer our heartfelt condolences to the family and friends of the victim.

The sudden loss of a loved one as a result of an accident is a traumatizing experience. The suffering is worse when the negligence of a third party caused the death. If you have lost a loved one in an accident and you need the help from a wrongful death attorney, contact us at the Sweet Lawyers. We have a team of experienced and dedicated lawyers who will help you through the overwhelming process of law. For a free evaluation of your case details, call our hotline at (800) 674 7852.