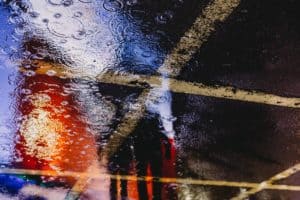 Shortly after 11 p.m., police cruisers traveled west on West Washington Street. A female pedestrian was standing on the north curb line of the street near Front Street at the time. According to police Officer Dino Delimitros, she then stepped into the path of the two police vehicles.

There is no crosswalk where the patrol vehicles struck her.

Paramedics rushed her to UC San Diego Medical Center, where she succumbed to her injuries, police stated.

The officers were headed to a call about a burglary in progress at the time of the incident, said police Sgt. Michael Tansey. He added that there was no indication that any officer sustained injuries.

No information about the victim, including her name and age, was immediately available.

The investigation about the incident is still ongoing, Delimitros said.

There are no words that can comfort the loved ones as they cope with such a tragic loss. Our thoughts and prayers remain with the family and friends of the victim as they try to piece together what happened.

If you have lost a loved one in an accident caused by the negligence of another party, do not hesitate to file a case in court. Our experienced wrongful death attorneys at Sweet Lawyers will fight for you in your pursuit of justice. For more information, please contact our hotline today at (800) 674 7852 and schedule a free consultation.