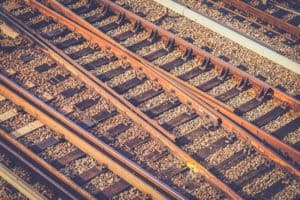 LA Metro spokesman Rick Jager said that some people last saw the woman strolling on the platform. However, a westbound train from downtown Los Angeles to North Hollywood passed through the station. Later on, the police found the woman injured in the tracks.

Responders took her to Cedars-Sinai Medical Center in Los Angeles.

Meanwhile, the authorities temporarily blocked the westbound track during the investigation.

As pedestrians, we are also responsible for the laws. Furthermore, it is important to follow these rules to avoid accidents that can lead to injuries and worst, death.

In the case of the train crash on Lankershim Boulevard, the victim must become aware of their rights under the law. This means that there may be a right to file a lawsuit against the person, or company responsible for the injuries they suffered.

If you or a family member has suffered serious injuries in a similar incident, turn to us. Sweet Lawyers are here for you and unlike insurance companies, they will ensure you acquire the highest settlement needed to cover the costs an accident has caused. Our attorneys will guide you through every step of the way to assure you receive the justice and compensation your family deserves. Allow us to handle the legalities while you focus on recovering. Our firm does not collect any payment until we win big for you, and we also do not require any silly “retainer” fees like other law offices. To schedule a free consultation, call today at (800) 674 7852 and speak to an experienced legal professional.