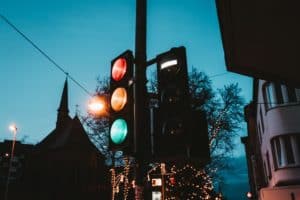 The California Highway Patrol said the incident occurred near the intersection of Palm Street and Arnold Avenue. The 73-year-old Hester and his wife were walking in the area at about 9:00 a.m. when a silver Toyota Tacoma struck him. The officers said the couple was on their way to a dental appointment.

According to the witnesses, Hester pushed his wife out of harm’s way before he was hit. The wife was safe, but Hester did not survive the collision.

The driver of the pickup truck fled the scene after the incident.

There is light traffic on Palm Street as per the CHP. So, there’s no reason that the driver did not see the pedestrians in the roadway.

The CHP North Sacramento office released a surveillance photo of the truck on Wednesday. It is a 2006-2011 Silver Toyota Tacoma with right-front damage.

The investigation and the search for the hit-and-run suspect are ongoing.

Our deepest thoughts and regrets are with the loved ones of William Hester. May you be comforted by an outpouring of love and support during this most difficult time.

If a negligent party has led to the death of a loved one, reach out to the Sweet Lawyers. We have 44 years of combined experience in the legal field. We know what it takes to win your case. Our legal team has dealt with a variety of cases including auto accidents, personal injury, and wrongful death. Focus on grieving your loved one, and we will take care of the rest. Call our offices today at (800) 674 7852 for a free case evaluation.